The Adnan Sezer Photo Gallery is pleased to present its catalogs. Our catalogs give you an overview but not exhaustive of our work.
If you would like to see more photographs on one of the themes presented below or if you need more information, do not hesitate to contact us: contact@adnpatrimoine.fr

Adnan Sezer and Bruno Tartarin would like to bring to the attention of art lovers, collectors and institutions one of the finest examples of early French photography, produced in 1857 by Gustave Le Gray, 1820-1884, an early, and illustrious, exponent of this revolutionary medium.
Le Gray’s work at the Camp de Châlons created a new aesthetic in the representation of military art, and indeed artistic photography in general, with powerful pictorial realism.

As a masterpiece created in a golden age of photography, celebrating the military glory of the Second Empire, this collection, which was commissioned and financed by Napoléon III, 1808-1873, is unique in terms of its historical, political, military and artistic significance.
Adnan Sezer and Bruno Tartarin are proud to announce the appearance on the art market of a collection that occupies an important position in the history of photography, with all its aesthetic power and rarity.

On the occasion of Paris-Photo 2021, Adnan Sezer and Bruno Tartarin have the pleasure of presenting a selection of photographs that brings together several big names in photography. Gustave Le Gray is represented with several maritime and architectural images, including a very beautiful “Autoportrait”. The selection includes photographs of small trades in Paris seen by Eugène Atget, strange and rare fluidic images by Jakob von Narkiewicz-Jodko, photographs of Jerusalem by Auguste Salzmann, of Egypt by Francis Frith, albumen prints of the Niagara Falls by the Scotsman William Notman, a salt paper print by Baldus (the “Gare de Boulogne-sur-mer”, ca. 1855), still lifes with game by the “Amateur de Longjumeau”, as well as a series photographic albums (Désiré Charnay in Mexico, Felice Beato in Japan, an archive documenting life in Paris on the eve of the First World War…).

Adnan Sezer and Bruno Tartarin are pleased to present an important collection of photographs illustrating Parisian life in 1913-1914, on the eve of the First World War. They center on daily life, in particular the commercial activity of the working class in the heart of the city, but also the leisure pursuits of the bourgeoisie. This archive, which would appear to have been compiled by a painter, is of considerable interest with regard to the social history of pre-war Paris, and the relationship between photography and painting at the start of the 20th century.

Adnan Sezer and Bruno Tartarin are pleased to present a rare album of monochrome photographs from Felice Beato’s early period in Japan, 1863-1866, which survived the great fire of Yokohama, and were brought together at that time by an art lover. The 29 albumen prints of landscapes and generic scenes demonstrate finesse and technical precision, with a predilection for samurai and ladies engaged in a variety of activities. This album was one of the first documents to focus on a distant land which was only just opening up to foreign influences.

Adnan Sezer and Bruno Tartarin are pleased to present a rare collection of 33 prints on albumen-coated paper, produced in the 1870s by a photographer whose identity remains unknown.
The collection is distinguished both by its uncompromising eroticism and by the remarkable visual acuity of the images.

Adnan Sezer and Bruno Tartarin have the pleasure of bringing to your attention their latest catalog, Dimitri Ermakov, a photographer of the Caucasus, an ethnographer-traveler in Persia and Turkey.
This is a collection of 5 albums:
• Types et Costumes du Caucase, 36 prints
• Caucase, 29 prints
• Crimée, 1 panorama and 7 prints
• Types et Costumes de Constantinople, 26 prints
• Le Bosphore et Constantinople, 36 prints

Adnan Sezer and Bruno Tartarin have the great pleasure to present to you exclusively their catalogue: Samuel Bourne (1834-1912), Landscape Photographer and Explorer in India.

This set of 59 prints is a remarkable testimony to British photography from this colonial period. 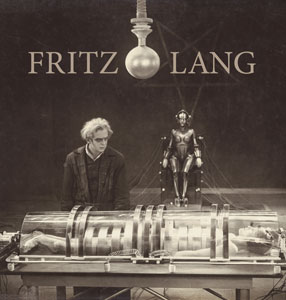 Adnan Sezer and Bruno Tartarin have the pleasure of presenting to you a collection of 40 photographs from the UFA (Universum Film A.G., Berlin) and Decla-Bioscop A.-G. (Berlin) archives. These photographs document three silent films from Fritz Lang during the 1920s: DieNibelungen, Metropolis et Frau im Mond (Woman in the Moon). 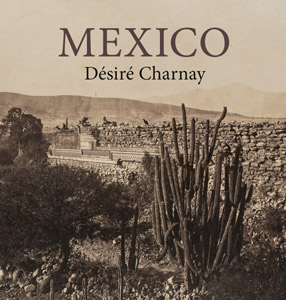 Adnan Sezer and Bruno Tartarin have the pleasure of bringing to your attention their latest, exclusive catalog, Désiré Charnay in Mexico: visual archaeology.

This collection of 14 photographs on salted paper, using the collodion wet-plate process. was put together between 1858 and 1862. There are eight photographs from the Album fotográfico mexicano, 1858, which were taken in Mexico City, and six from the album Cités et ruines américaines, 1859-1862, of which there exists no other known print on salted paper; which indicates that they were produced in Mexico.

The photograph of the second palace in Mitla has a dedication by the photographer, Désiré Charnay, to his publisher, Julio Michaud : “à Michaud mon ami Charnay”. There is an extant example of the two Mexican albums prepared by Charnay for Napoléon III, but this dedication is the only one known.

Charnay’s intention was to explore different sites, and to photograph architectural structures in their surroundings. He studied vestiges of interest, and provided descriptions that have retained their pertinence up to the present day. His explorations earned him a well-deserved place among the pioneers of pre-Columbian archaeology. And his quest for objectivity made his photographic work invaluable, as a visual record of ancient Mexico. 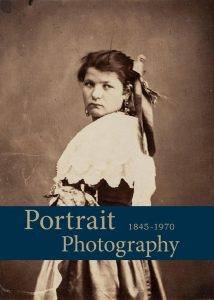 Adnan Sezer and Bruno Tartarin are pleased to present you their new catalogue: Portrait Photography, 1845-1970, dedicated to the theme of portraiture in the history of photography.

This practice, which offers remarkable examples from its beginnings with the invention of the daguerreotype, experienced immense popularity with the emergence of the carte de visite. Whether it is social, documentary, ethnographic, or sets the image of protagonists in history, portrait photography has occupied a privileged place in the photographic experience since its invention.

Adnan Sezer and Bruno Tartarin are pleased to present you their new catalogue: Plague in Manchuria, 1910-1911.

Coronavirus has swept the world, causing thousands of deaths. But human history has been marked by a succession of epidemics, as epitomised by this album of photographs on the plague in China in the early 20th century. 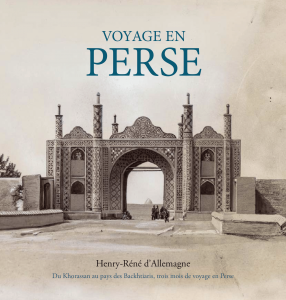 From Khorassan to the Land of the Backhtiaris, three months of travel in Persia accompanied by the original and unpublished photographic archive of several hundred images that served for the publication of this exceptional, 4-volume work by Henry-René d’Allemagne in 1911.

We invite you to read the fascinating epic in Central Asia of this great traveler-photographer, collector, scholar, anthropologist, orientalist and antique dealer which is the subject of a very detailed preface in our catalog. 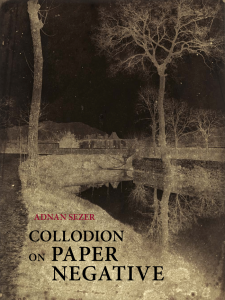 The catalog: Collodion on Paper Negative, is composed of 46 prints. The photographs are rare photographic processes. 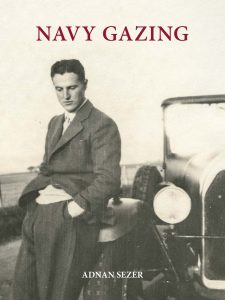 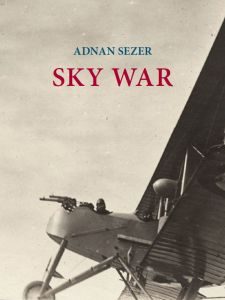 The Sky War catalog is composed of 127 aviation photographs between 1915-1916. The photographs are part of the personal albums of Sergeant observer Morel, they are the photographic testimonies of this war of the sky. 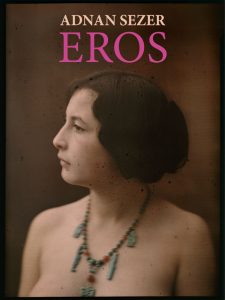 The Eros catalog includes 34 photographs from 1860 to 2003, of well-known photographers such as Louis Bonnard, Eugène Brussaux, Vincenzo Galdi, Frantisek Drtiko and more recent photographers like Larry Clark or Nobuyoshi Araki on the theme of eroticism. 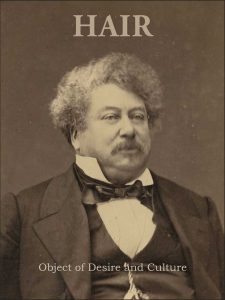 Catalog in English, its theme is “hair, object of desire and culture”. Hair, elements of sociology, history and foreign practices or beliefs.

Catalog 4 includes a series of 23 photographs of women mowed during the Liberation in France from 1944-1945. 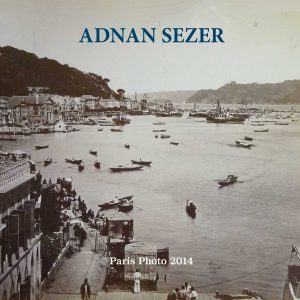 This catalog was published during the Paris Photo exhibition, so it is not limited to a particular subject.

Catalogs of 29 prints, including photographs of the ethnographic society, or photographs of Eugène Atget, known for his documentary photographs of Paris in the late nineteenth and early twentieth century, or Pascal Sébah specialized in Ottoman Empire. 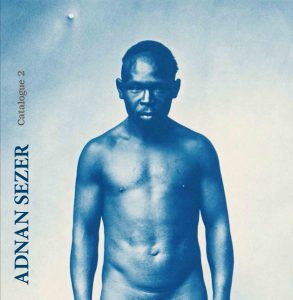 Catalog of 45 photographs of the 19th and beginning of the 20th century. Photographs by Firmin Eugène Le Dien, by Gustave Le Gray and Josef Sudek. 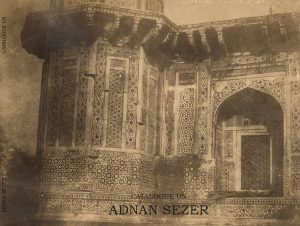 This catalog offers a selection of vintage photographs illustrating themes such as: travel, eroticism, old Paris, the violence of the first half of the 20th century. 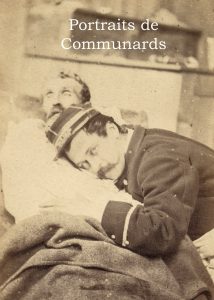 A rare collection of 48 portraits of National Guards who died during the Paris Commune (1871).